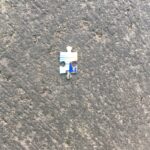 My kids were just shy of middle school when they first came to me with writing assignments. I had unwittingly set myself up as the “English, History, and Geography” parent (as opposed to my “Expert on Every Natural Science that Ever Existed but I Can’t Spell Banana” wife.)

My son and daughter had the usual trouble with homophones, and my son was deeply addicted to commas; still, they both read a lot and writing wasn’t too difficult for them. We had one consistent issue—and I blame this on reading high level books and only using context clues to define unfamiliar words. The “old” term is malapropism, defined as a word that isn’t the word you meant to use, although it sounds similar.

I don’t recall the exact error, but I remember showing it to my daughter and saying, “This isn’t the word you want. You’re looking for x instead.” Sudden inspiration struck and I waved my hand in front of her face, a la Obi-Wan Kenobi. “This is not the word you were looking for.”

It’s much easier to write “Jedi Word” in the margins than “malapropism” or “look this up”. It had the added benefit of making the mistake into a game, instead of a frustration for the student.
****

Cin Norris and I were talking about vocabulary. I’ve noticed that younger professional writers – as in women and men in their twenties and early thirties – often wrote a “fancy” word that wasn’t quite right for the context of a sentence. I hypothesized that it was because internet and social media language was barren. And, I wondered how many people did most of their reading on the internet – and not in books.

“My daughter and I call those Jedi words,” Cin said. And, this column emerged from her.

*** I’d love to hear from you – either in response to these hypotheses or whatever is moving your pen these days.