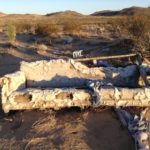 Please give three sentences to this prompt: Allies and hauntings never leave me…

I’m delighted to tell you that Ruti, the Red won’t be haunting us for any time soon. He does not have cancer. He has a cyst and his medication has shrunk it so much that his breathing is fine. Surgery isn’t an option – the cyst is near his trachea – and he is at least 16+ years old. He is spending most of his time in his FLF office next door, as is only fitting – or in quality time with me at night.

Here is Theresa Souers, riffing off an earlier Breakthrough Writing prompt of mist and rainbows and the words: Once Was Home

Once was home where hope was sown for dreamers far and wide.

Where travelers were coaxed with warmth and grace
Where contrast stood side by side.
There hands to breast were clasped with pride as songs of this home were sung.
And visions were drawn with truth and love
As guides for both aged and young.
But time took its toll and the structure wore down, weathered by careless neglect.
The dreams, the hope, the visions, the truth
All crumbled from lack of respect.

← I am happy to report that I am not dead yet – far from it
Lose Control, Take Control: Breakthroughwriting tip for the week of July 10, 2017 →